Note: Race extended four laps past its scheduled 82-lap distance due to a green-white-checkered finish.

● Kyle Busch, driver of the No. 18 M&M’S Peanut Butter Toyota Camry, finished 11th in Sunday’s Verizon 200 at the Brickyard from the road course at Indianapolis Motor Speedway.

● Busch started 10th and dropped to 14th by lap 12, as he told crew chief Ben Beshore that his car lacked overall grip.

● The two-time Cup Series champion stayed out for the entire stage, as he found himself eighth at the end of Stage 1.

●The M&M’S Peanut Butter driver restarted Stage 2 in 24th, and quickly moved up through the field, as he was 12th by lap 28 and as other pitted before the stage on a different strategy, Busch finished second in Stage 2.

● Beshore called Busch down pit road following Stage 2 on lap 37, where they continued to work on air pressure as Busch reported the car’s handling was much better on the previous run, as Busch restarted the final stage in 27th.

● Busch again methodically worked his way back up through field and was as second when he pitted on lap 58, as he came back out around 13th place.

● The M&M’S Peanut Butter driver found himself up to 10th on the lap 79 restart, but was spun by a chain reaction in turn one, dropping him all the way down to 24th on the final restart.

● Busch was able to gain 13 spots on the final two lap sprint to the finish, but a promising day was not meant to be because of an accident not of his doing.

“We had a decent M&M’S Peanut Butter Camry. We’ve really struggled on the last two road course races as a company, but felt like we made a lot of gains on it today. We started off the race with no grip, but the first couple of adjustments we made really helped me. There at the end, you have nowhere to go and end up being a pinball along with a lot of other guys. Wish we could have finished inside the top-10, but hopefully we can keep gaining on the road course stuff with a couple more of those races on the schedule before the end of the year.”

The next event on the NASCAR Cup Series schedule is the FireKeepers Casino 400 on Sunday, Aug. 7 at Michigan International Speedway in Brooklyn. The race begins at 3 p.m. EDT with live coverage provided by USA and SiriusXM NASCAR Radio. 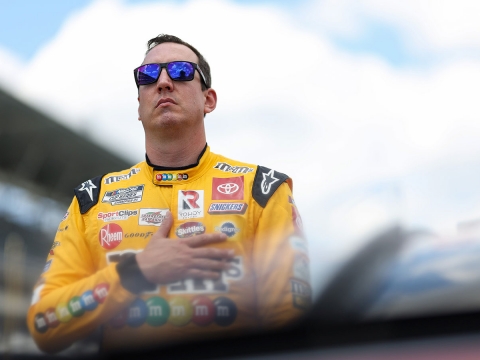 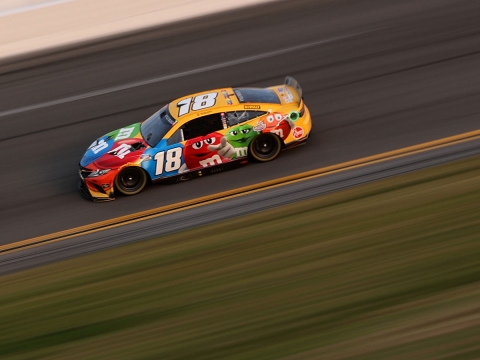