● The first caution of the race occurred on lap 40 and was eventually red flagged for lightning in the area. After a one-hour delay, the race resumed with Busch in 15th.

● The two-time Cup Series champion finished the first stage in the ninth position to earn two bonus points. He pitted at the stage break for fresh tires, fuel and an air pressure adjustment to loosen up the Pedigree Toyota Camry. He started the second stage in sixth on lap 97.

● The field was brought back to pit road on lap 138 for rain. After a two-hour delay the PEDIGREE driver resumed the race in the third position on lap 150 and held the spot until the completion of the second stage for eight additional bonus points.

● Busch took the green flag for the final stage in the second position and drove the PEDIGREE Toyota Camry to the lead on lap 194. He led for 51 laps before slipping to third and made a scheduled green-flag stop on lap 248 for tires, fuel and an adjustment for a loose-handling PEDIGREE Toyota Camry. Busch cycled out on the lead lap and regained the top position when the remainder of the field pitted under caution on lap 256.

● Busch restarted first on lap 262 and settled into the runner up spot 21 laps to go and stayed there as the laps wound down.

● The caution waved for the final time with seven laps to go and crew chief Ben Beshore elected to bring Busch to pit road for right side tires, as Busch restarted 11th with four laps to go.

● Unfortunately, a wreck ahead of him slowed Busch down and he faded over the final few laps to finish a disappointing 21st.

Kyle Busch, driver of the No. 18 PEDIGREE Toyota Camry for Joe Gibbs Racing:

“We had a decent PEDIGREE Camry. We ran up front and led some laps, but didn’t have enough grip on the long runs. Tried to come there and get tires and just got us too far back on the last restart. We’ll go back and get ready for Road America next weekend.”

The next event on the NASCAR Cup Series schedule is the Kwik Trip 250 on Sunday, July 3 at Road America in Elkhart Lake, Wisconsin. The race begins at 3 p.m. EDT with live coverage provided by USA and SiriusXM NASCAR Radio. 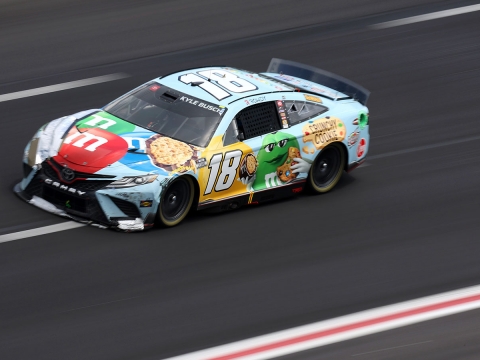 Looking for a Doggone Win 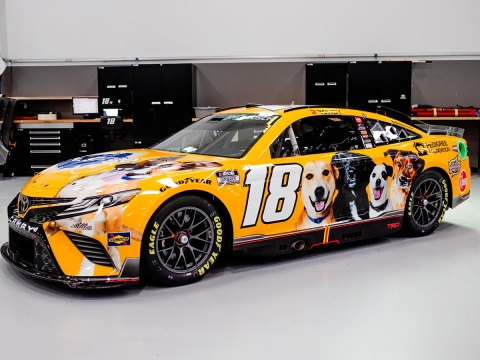