● Busch started just outside the top-10, but was able to move up through the field fairly quickly, as he moved up into the top-five by lap 28 and up into third by lap 50.

● The Las Vegas native finished Stage 1 in fifth and came to pit road during the stage break to take on four new tires an fuel, telling crew chief Ben Beshore that his car was a little loose, but not bad overall.

● Busch started Stage 2 in eighth as three cars did not pit at the stage break.

● The Two-Time Cup Series champion hung within the top-five for most of Stage 2, as he brought home a fifth-place finish in the stage.

● With what looked to be a heavy rain shower looming, Busch finished the stage and elected to stay out when many of the other leaders pitted right as the race was red flagged for rain for the first of two instances.

● When racing finally went back green, Busch lead the field to start the final stage on lap 150.

● During several caution periods and yet another red flag for another rain shower, Busch found himself in the runner-up spot behind Tyler Reddick on the final restart of the race.

● Busch didn’t have anything for Reddick and he was also eventually passed by Chase Briscoe as the laps wound down.

● It looked as if Busch was going to finish third when on the last lap Briscoe made contact with Reddick, sending them both spinning and Busch was able to sneak by Reddick just before the start/finish line to take home the unlikely win.

Did you ever think you would win one like you did tonight?

“Sure feels good just to get a win. It’s been a little bit of a long time here, but overall, just a great day. Really appreciate – just proud of the guys. They work hard. We all work hard. We all work way too hard. There’s not a lot of rewards in the sport except winning. You could come home with a second-place day and not get everything that you wanted from the day and from what you put into it. It’s always good when you win. I appreciate M&M’s and this Crunchy Cookie Camry TRD. It was awesome to keep pace with those two. I don’t know why our car would not refire after the rain both times. I was leading on the first big rain delay coming back and I fell to eighth and I was able to drive back through on the long run and get back into position. Then on that one again, same thing and I fell off and couldn’t hang. It got me about 20 laps to get going, but overall, just great to get back in victory lane. Thank you to Rowdy Energy, Toyota, Interstate Batteries, Sport Clips, DeWalt, Breathe Right Nasal Strips, everybody that gets us here.”

What does tonight show what you’ve learned about dirt racing and the new car?

“The biggest thing was just trying to stay in contention. Those restarts were really helpful when you had an outside restart. When we come back, we need to somehow figure out how to do a choose rule because you just get burned on the inside. Overall, I think that was the biggest thing we learned. There were definitely some things we could improve on. I think the 14 (Chase Briscoe) was arguably the best car. He ran down the 8 (Tyler Reddick) there at the end. It’s just so hard to pass once you get into that rhythm. That right rear in that sticky up top. It’s hard to out accelerate that off the corner with momentum or anything from the bottom of the racetrack. I knew if there was going to be a move being made it was going to be contact being made with how aggressive I know Reddick is as well. Again, just kept myself in the game. It reminded me of Joey Logano and Denny Hamlin at California. Sometimes the seas part ways and you get one, so I’ll take it.”

The next event on the NASCAR Cup Series schedule is the GEICO 500 on Sunday, April 24 at Talladega (Ala.) Superspeedway. The race begins at 3 p.m. EDT with live coverage provided by FOX and SiriusXM NASCAR Radio. 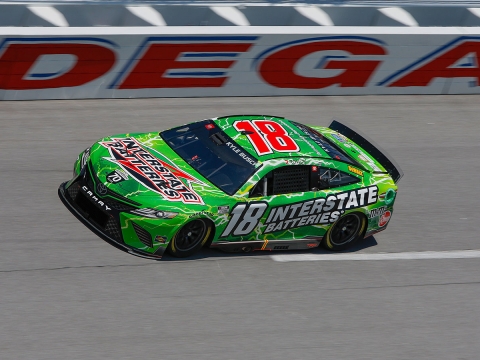 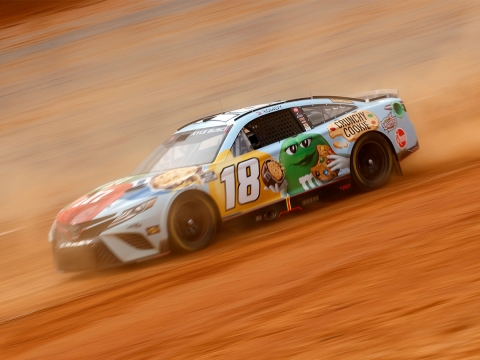