Double the Green at Dover

HUNTERSVILLE, North Carolina (Aug. 20, 2020) – Kyle Busch will be seeing double the green this weekend at Dover (Del.) International Speedway in hopes of capturing the checkered flag for the first time this season.

Busch, driver of the No. 18 Interstate Batteries for Joe Gibbs Racing (JGR), will head to Dover with not one, but two chances to win Saturday and Sunday and gain valuable points with just three races remaining in the NASCAR Cup Series regular season. All three races, starting with this weekend’s Dover doubleheader and concluding with the regular-season finale on the Daytona (Fla.) International Speedway oval, will feature the green lightning scheme of JGR founding partner Interstate Batteries.

The defending NASCAR Cup Series champion sits 10th in the driver standings, 100 points above the cutline for the 16-driver, 10-race playoff field, and he will most certainly dig deep this weekend to get his long-awaited first victory of the season to secure a playoff spot outright. While Busch’s season has been uncharacteristically frustrating with four DNF’s, he’s also brought home 10 top-five finishes, which is third-most in NASCAR’s top series behind points leader Kevin Harvick and JGR teammate Denny Hamlin. With three career wins at the track nicknamed the “Monster Mile,” Busch and his Interstate Batteries team know that just one win could set them up with some much-needed momentum with the playoffs approaching.

This weekend’s races at Dover will be the third and final doubleheader weekend scheduled for the Cup Series this season. Before the onset of the COVID-19 pandemic, Pocono (Pa.) Raceway was already scheduled to run a June doubleheader. But doubleheaders were added at Michigan International Speedway in Brooklyn two weekends ago and Dover this weekend to help make up for races not run during the pandemic-induced 10-week schedule hiatus. Busch is coming off a strong performance in the most recent doubleheader weekend at Michigan, where he brought home a pair of top-five finishes in the Irish Hills.

In addition to his three career wins at Dover, Busch and his Interstate Batteries team have some impressive overall stats there to bolster their confidence this weekend. Along with the wins in NASCAR’s top series, Busch has scored five NASCAR Xfinity Series wins and four NASCAR Gander RV & Outdoors Truck Series wins at Dover. He’s led a whopping 1,210 laps in his previous 30 Cup Series starts at Dover, an average of 40 per race. He’s also scored 12 Cup Series top-fives and 19 top-10s at the high-banked, concrete mile oval.

With Interstate Batteries returning to the No. 18 Toyota for the next three races, Busch is encouraging fans to stop by a local Interstate dealer to get their vehicle batteries checked for their end-of-summer road trips. The summer months can be taxing on both man and machine, as hot weather has a far greater effect on batteries than the cold. One of the many ways JGR’s founding partner Interstate Batteries leverages its NASCAR program is by helping to remind consumers to have their batteries checked in all seasons, but especially during the summer heat.

So, as the Interstate Batteries team heads to Dover, Busch will have double the chances to win with a pair of 311-miles races on the Delmarva Peninsula in Delaware’s capital city in his Interstate Batteries green lightning scheme. A win would go a long way toward gaining some much-needed momentum as the playoffs loom on the horizon.

With three wins at Dover, what is it you like about the Monster Mile?

“I always enjoy Dover. It’s a place you don’t want to be afraid of. You want to go out there and attack the place and give it everything you’ve got. It’s a really unique track. People say it reminds them of Bristol, but it really doesn’t for me. It’s a concrete surface and it’s relatively high banked and you carry a lot of speed into the corner there a lot longer than you do on the straightaway. It’s a place where handling characteristics take up most of your worries and make sure you are good in the corners, and I’ve just always loved going there. Looking forward to having Interstate Batteries back with us all weekend at Dover and next week at Daytona. Really love that new green lightning scheme and hope we can get them more than one good run over the next couple of weeks.”

How would you describe the feel of racing at Dover?

“It’s called the Monster Mile for a reason. It’s almost like going around a circle in a rollercoaster. The drop-off you have going into the corners, the sustained load that you have, as well as the G-force of turning around that turn and going back the other direction.”

With this era we are in with no practice, is it different at Dover than any of the other tracks you’ve been running at?

“You want to get as much practice as you can, anywhere. But Dover is one of those tracks that changes so much once rubber goes down on the racetrack. As the temperature would change and we went through Happy Hour. You could set a stopwatch for the final 20 minutes of Happy Hour and the track just went through such a light switch. Everyone would put on their final set of tires and the car handled nothing like it did the previous hour and a half before that. It’s pretty crazy how that works. But it probably shows you that they’ll just throw us out there in the race and have us figure it out in the race. The length of the runs there can be 80 to 90 laps. It doesn’t give you a lot of time to work on your racecars. You can go a lap down in 90 laps.”

What does it take to be successful at Dover?

“Dover, being a concrete track, is challenging. They’re all a challenge, but Dover is especially so, just because of the way you have to run around that place. The way tires sometimes wear out. The way the rubber gets put down there. You’ve got to be fast through the corner. Two-thirds of your lap time is through the turns rather than down the straightaway, so you definitely have to make sure you have a good-handling racecar – one that’s good in the beginning of the run on low air pressures and one that’s good at the end of the run on high air pressures, and even through traffic, too. Some of the most challenging times are when you’re trying to get through traffic with guys, so hope we can do that better than some other guys with our Interstate Batteries Toyota.”

Does going from concrete to asphalt change the way the car handles?

“We don’t run on an asphalt racetrack that’s banked like that or shaped like that. The mile tracks we go to that are asphalt are Phoenix and Loudon, and they are relatively flat. The concrete just changes the feel a little bit, of course, and changes the way you approach the racetrack, too.”

You have three Cup Series wins and a competitive history at Dover. What is your outlook with your history there?

“I went there when I was 18 to race in the Xfinity Series for my first time. It will scare you the first time you race there. You carry so much speed at that racetrack and, for it to be a mile in length and for it to be concrete – concrete surfaces that we race on, anyway, are a little bit slick. It’s definitely a rollercoaster ride and you need to treat it like it’s fun and not to be scared of the place, I think, because you can get so much out of that place. There are two ways about it – you can probably be really, really good there, or really, really bad there. Some days you’re going to be better than others, obviously, with how you can get your car set up compared to the competition.” 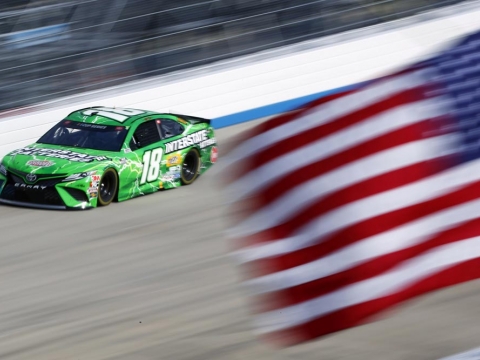 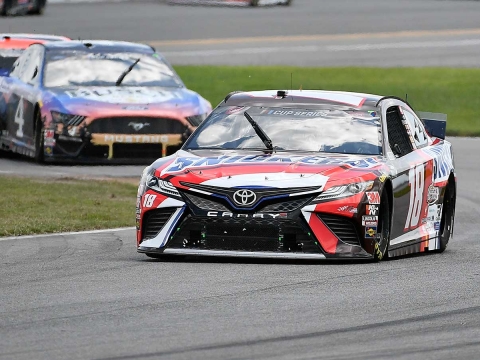