● Busch rolled off the grid fourth but dropped to the eighth position early in the race, telling crew chief Ben Beshore that his M&M’S Halloween Camry was loose at the exit of each corner.

● A short weather delay brought the field down pit road for about 20 minutes. Busch restarted in ninth following the delay.

● During the delay, the wind picked up and changed direction, blowing very hard off of turn two. On lap 20, Busch scrubbed the outside SAFER Barrier exiting turn two, but he kept trudging on until his right-front tire gave out, sending him into the wall again on lap 24.

● The caution waved for the incident, and Busch came to the attention of the M&M’S Halloween crew several times to repair the right-side damage. Busch eventually started at the tail end of the field in the 39th position on lap 27.

● The two-time Cup Series champion came to pit road on lap 83 to take on four tires and an air pressure adjustment to address a tight-handling condition that worsened as the run went on. He exited pit road in the eighth position.

● Busch held his position within the top-10 until he came to pit road on lap 117 for four tires and fuel.

● The Las Vegas native returned to the top-10 until bad luck struck yet again. He hit the outside SAFER Barrier in turn two again, which necessitated a green-flag pit stop for fresh tires and repairs.

● Busch returned to the race in 31st, three laps down to the leaders, and eventually ended the stage four laps down.

● The Las Vegas native came to pit road following Stage 2 as the M&M’S Halloween team made multiple stops to repair the damaged right side of Busch’s racecar. He started the final stage in 32nd, four laps down and hoping for a miracle.

● All Busch could do from there was stay out of trouble and finish as high as he could. A late-race accident involving Ryan Blaney helped Busch finish the race one point above the top-four cutoff with one race remaining in the Round of 8, setting up his potential run for the Championship 4 at Phoenix in two weeks.

What were you battling with the race car today?

“Loose and a lot of wind. Just could not get the handle on it with entry or exit with our M&M’s Halloween Camry. Knew it on the get-go within the first 10 laps or so or whatever it was on that first yellow with the weather. Just really, really up on top of the right rear all day and couldn’t feel it on entry and exit. Bit me twice. The first time it was tolerable and the second time, it was just over.”

How do you feel about your position just above the cut line in points heading to Martinsville?

Was the wind direction different today compared to previous races?

“The direction of it, I don’t recall. I’m sure it’s been in this direction, maybe the times that I wrecked here. It wasn’t to my liking whatsoever. Definitely need to go back and study that and look at the wind stuff for when I have run good here versus today and see if there is anything we can do to help that.”

The next event on the NASCAR Cup Series schedule is the Xfinity 500 on Sunday, Oct. 31, at Martinsville (Va.) Speedway. It is the penultimate race of the 10-race playoffs and the final race in the Round of 8. It starts at 2 p.m. EDT with live coverage provided by NBC and SiriusXM NASCAR Radio. 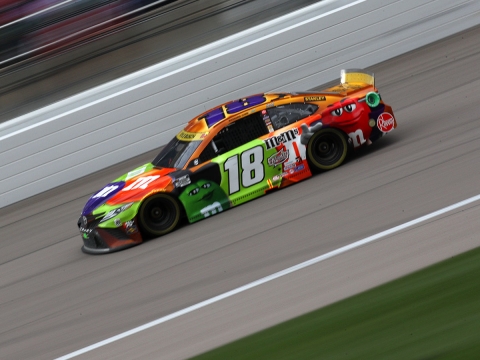 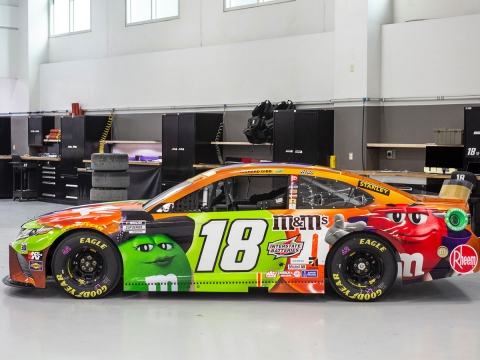