• Note: During the race, the #ProInvitationalSeries was the No. 1 trending topic on Twitter in the United States.

You had never been in an iRacing simulator until yesterday. What did you learn about iRacing yesterday in practice and in today’s race?

“I learned there’s a lot of bad decisions (laughing). We obviously didn’t qualify very well, so we were kind of mired in the back there with our M&M’S Camry. Guys were crashing and we were kind of moving our way to the front. We restarted I think 16th one time and we were making some positions and getting up closer towards the front. Felt like we had some good long-run speed that was going there. We were picking a couple of guys off. Then there was the crash on the frontstretch there with (Alex) Bowman. I had nowhere to go and ran into Bowman on that one. The other one was when (Kyle) Larson was rolling across the track after he had crashed and had nowhere to go and it wiped us out. What do you do? You just try to run along there. You try to get farthest up to the front and try to get track position – that would be the first and foremost – and get track position and run with some of the good guys. I don’t think I’m a good guy in this yet, so you got to get up there to race with those guys.”

Overall, did you enjoy the iRacing experience today?

“Overall I think it was fun. It was just different. Cars drive way different than cars would in real life, so it’s definitely something to get used to and a different challenge, that’s for sure. Big thanks to Ty (Gibbs) for letting me use his rig. He was a lot of help with getting me used to it. We’ll see what happens here going forward and what the next plans are for this.”

• This was Busch’s first official iRacing start of any kind.

• While the eNASCAR iRacing Pro Invitational Series kicked off today at the virtual Homestead-Miami Speedway, it is a multi-week series emulating the original 2020 NASCAR Cup Series schedule.

• With the sports world on a necessary hiatus to combat the spread of the coronavirus, the eNASCAR iRacing Pro Invitational Series exists for drivers and fans to have a little fun while they wait for NASCAR to return to action.

• Each race in the eNASCAR iRacing Pro Invitational Series consists of 35 drivers. 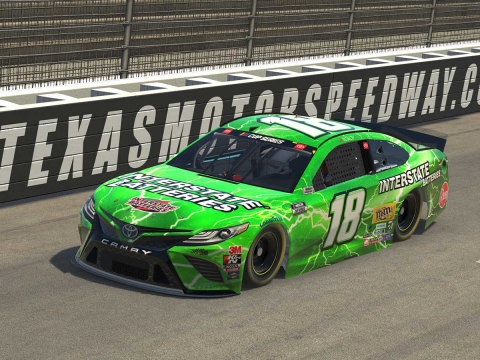 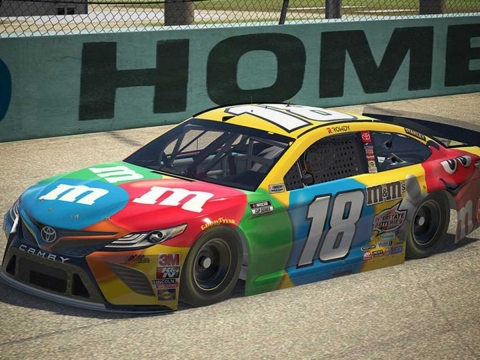