From the Driver’s Seat: Kyle Busch

How do you look at going to Phoenix and translating it to the championship race?

“I look forward to Phoenix, it’s always fun and a good place for us. Lately, we’ve been able to really pick up on some things that help us there that have made us better there the last few times and now this package is different. I think that will lend itself back into a couple years ago I guess, which is a good thing for us and our Sport Clips Camry. Felt like we were just kind of hitting on something there and was a big racier through traffic and such. We’ll see how all that goes. Next week is a big week on trying  to formulate  that  notebook and try some things and have  some ideas, some concepts maybe that you wouldn’t  normally do to just  get  out of the  way and utilize your time as much as you can for the championship when you come back.”

Is Phoenix more important with the new package or the site of the championship?

“I think that’s two-fold. Obviously, it’s because it’s the first race with that lower downforce package if that’s what we call it and people are going to want to know what to expect in the upcoming races with that. I also look at it as of course it’s important and everybody is going to feel like it’s important because everybody right now feels like they have a shot to make the final four because it’s so early in the season. There should be an added emphasis by people to go out there and learn a few things, try a few things and get themselves ready for the end of the year being at the final race.”

Sport Clips Haircuts is headquartered in Georgetown, Texas. It was established in 1993 and began franchising in 1995. The sports-themed haircutting franchise, which specializes in haircuts for men and boys, offers online check in for clients, and is ranked by Forbes as “Best Franchise to Buy” in the medium investment category and named a 2020 Top Franchise by Franchise Business Review. There are more than 1,850 Sport Clips stores open in the U.S. and Canada. Sport Clips is the “Official Haircutter” of the Veterans of Foreign Wars (VFW), offers veterans preferential pricing on haircuts and franchises, and was named a 2019 Top Franchise for Veterans by Entrepreneur. Sport Clips provides “Haircuts with Heart” through its annual Help A Hero fundraiser that has contributed nearly $8 million to the VFW; national partnership with St. Baldrick’s Foundation, the largest private funder of childhood cancer research grants; and other national and local philanthropic outreach. Sport Clips is a proud sponsor of Joe Gibbs Racing’s NASCAR drivers Erik Jones, Martin Truex, Jr., Kyle Busch, and Denny Hamlin; Dale Coyne Racing with Vasser-Sullivan Indy Car driver Santino Ferrucci; and partners with numerous NCAA and professional sports teams. To learn more about Sport Clips, visit sportclips.com. 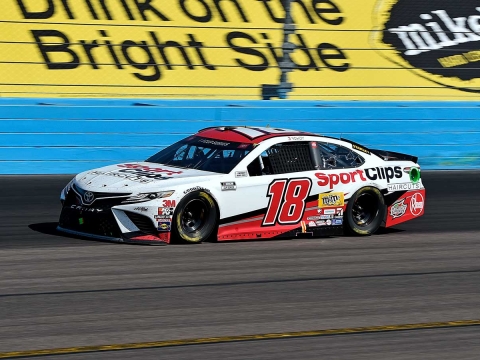 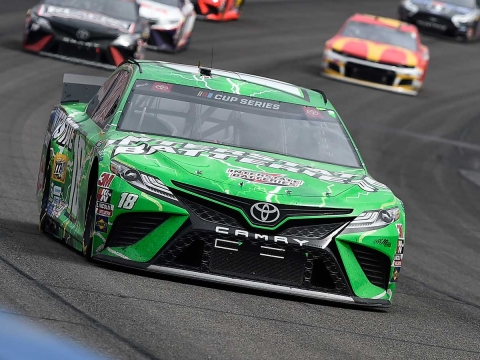