● Busch started 11th and early into the race fell to 15th, as he radioed crew chief Ben Beshore that his car couldn’t get back to the gas fast enough.

● The Las Vegas native came down pit road on lap 16 to take on four tires and fuel, and then restarted 16th.

● The M&M’S driver came to pit road on lap 78 for four tires and fuel. The No. 18 over-the-wall team gained Busch three positions off pit road to start the second stage in eighth.

● Busch fell to 10th by lap 122, as he told Beshore he needed more grip to get back to the gas earlier off the corner.

● The two-time Cup Series champion was able to gain a couple of spots on the run to finish eighth in the stage.

● The M&M’S driver came to pit road on lap 193 for four tires and fuel. The No. 18 team again performed a strong stop, gaining Busch three spots off pit road to restart the final stage in the fifth position.

● Busch fell a few spots to start the final stage and settled into the seventh position as the run went on.

● Beshore called Busch down pit road on lap 246, but just as the pit stop was happening a caution waved for an accident, trapping Busch a lap down.

● Fortunately, the leaders still had to pit. Busch took the wave-around and restarted 20th on lap 254.

● Busch slowly worked his way back to the front over the course of the final 80 laps and brought home a top-10 finish to end the season.

“We had a decent M&M’S Camry. We just lacked overall grip, something we fought for the entire day. We had some good pit stops and made the best of the car we had.”

The 2022 season begins with a non-points exhibition race Feb. 6 at the Los Angeles Memorial Coliseum before kicking off its 36-race slate of points-paying events with the 64th Daytona 500 on Feb. 20 at Daytona (Fla.) International Speedway. FS1 will broadcast the Busch Clash at the Coliseum, and FOX will broadcast the Daytona 500. Each event will be live and can also be heard on SiriusXM NASCAR Radio. 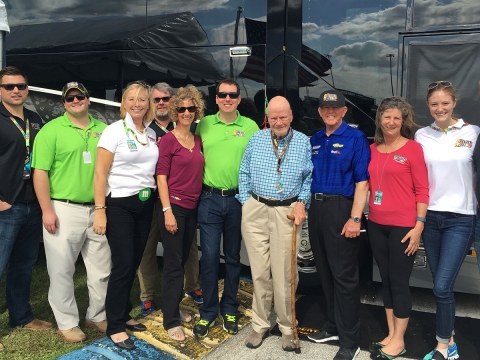 Finale in the Desert 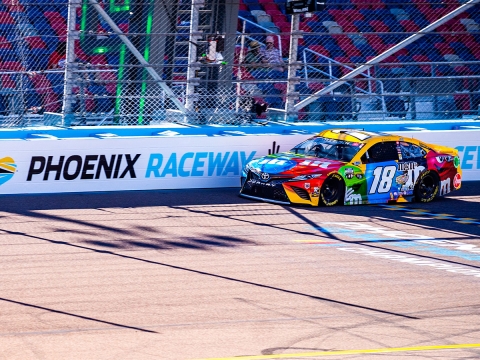