Note: Rain 20 laps into the Daytona 500 postponed the remainder of the race to Monday.

● Busch and his Joe Gibbs Racing (JGR) teammates hung toward the back of the pack for much of the rest of Stage 1, working to save fuel to make it to the end of the stage after pitting as the red flag was lifted on Monday.

● Even with a caution with five laps to go in the stage, Busch and the JGR contingent were not able to make any ground with the remaining laps in the stage, and Busch finished 35th.

● While Busch finished the first stage deep in the field, many of the frontrunners were forced to pit following that stage, moving Busch and the Toyota cars up toward the front.

● Quickly, Busch found himself within the top-five and up to third by lap 106.

● With the laps winding down in the second stage, Busch held onto third until he made an impressive move to the inside of the second-place car of Ricky Stenhouse Jr. to finish second in the stage behind JGR teammate Denny Hamlin.

● Busch pitted following Stage 2 and soon found himself in the lead for the first time in the race on lap 141.

● The M&M’S driver continued to lead until his final green-flag pit stop on lap 170.

● Busch took on fuel and right-side tires on the stop, and quick work by the M&M’S over-the-wall crew vaulted him back into the lead on lap 175.

● But as the M&M’S driver led coming to the end of lap 182, his engine started to go sour, and the No. 18 dropped to the apron with smoke coming from the engine.

● However, before Busch came to pit road, a multicar accident on the backstretch resulted in a red flag, so the team elected to keep Busch out on the track to gain as many points as possible.

● When the red flag was lifted, Busch needed a push to get his car started. The engine issue was too severe for him to finish the race.

“Coming out of (turn) four, when we were leading and guys were kind of switching from the bottom to the top, that’s when I got a warning that it was starting to go away, and then through the tri-oval it let go more, and that is when (Joey) Logano was all over me. I couldn’t get out of the way fast enough. Overall, it’s just a shame for our M&M’S team. I really hate it for all my guys. I really hate it for Joe Gibbs Racing. You come off pit road after the final pit stop and you are leading the thing – it’s kind of your shot to win. All you have to do is make sure that you can keep everyone else behind you. We’ve been in that spot I don’t know how many times, and I guess we will just keep going down in history of finding new ways to lose it. I know there is another guy who has done that before and he was pretty popular. I don’t know. It sucks to be in that conversation, but we will go on.”

Next Up: The next event on the Monster Energy NASCAR Cup Series schedule is the Pennzoil 400 on Sunday, Feb. 23, at Las Vegas Motor Speedway. The race starts at 3:30 p.m. EST with live coverage provided by FOX. 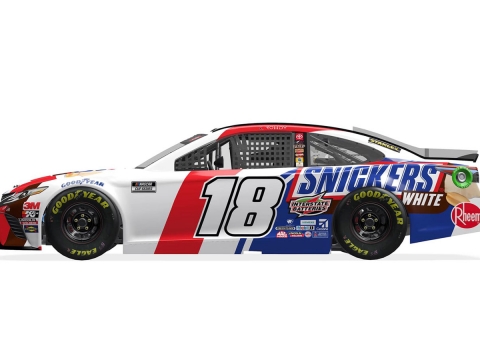 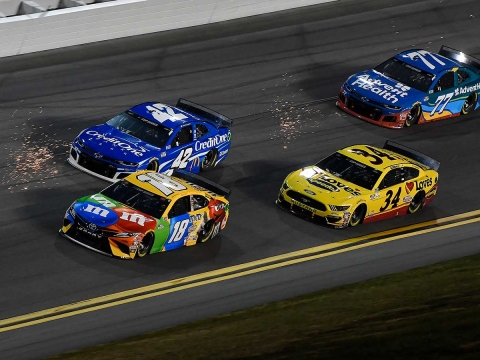