● The Zombie SKITTLES driver started ninth and stayed there until the competition yellow. He pitted on lap 24 for tires, fuel, and adjustments. However on the stop, Busch was tagged for too fast on pit road and forced to restart at the tail end of the field on the ensuing restart

● The Zombie SKITTLES driver came down pit road on lap 46 and took on fuel only, sending him off pit road in the ninth spot.

● Persistent rains over the next three days caused the race to be restarted more than 72 hours later, as a 4 p.m. CDT start for the resumption of the race was finally scheduled once the rain cleared out Wednesday afternoon. In total, the red flag period lasted 72 hours, 28 minutes, and 34 seconds.

● Busch held within the top-five for a bit after the race restarted, but faded to 12th at the end of Stage 1.

● Crew chief Adam Stevens brought Busch down pit road on lap 107 to take on four tires, fuel, and a packer adjustment and he restarted 18th to start Stage 2.

● Stevens called Busch to pit road to take on two tires and fuel on lap 135, with the SKITTLES crew vaulting him up to sixth coming off pit road.

● With his first good track position of the race, Busch moved up to third by lap 155 and up past Ryan Blaney up into the runner-up spot on lap 185.

● The Zombie SKITTLES driver assumed the lead for one lap before pitting on lap 201 for four tires and fuel, returning to the track with the lead after another solid stop by the No. 18 pit crew as Busch went on to win Stage 2.

● Busch stayed out between stages and started the final stage as the leader.

● The Zombie SKITTLES driver stayed out front until he was forced to pit for tires and fuel on lap 268, with hope of making it 67 laps to the finish of the race on one tank of fuel.

● Busch did exactly that, as he saved fuel while keeping JGR teammate Martin Truex Jr. behind him to score his 57th career win, but even more importantly brought home his first win of the season.

● Busch won the Autotrader EchoPark Automotive 500 to score his 57th career NASCAR Cup Series victory, his first of the season and his fourth at Texas. His margin of victory over second-place JGR teammate Martin Truex Jr., was .468 of a second.

● The win at Texas marked Busch’s first win of 2020 in NASCAR’s top series, continuing his streak of winning at least one Cup Series race in each of his 16 seasons as a full-time competitor.

● Busch’s win Wednesday evening at Texas not only marked his fourth career victory in the Lone Star State, but also his 14th top-five finish in 30 career starts there.

How were you able to balance saving fuel and staying in front of Martin Truex Jr.?

“I don’t know. Just kept getting great leadership and mentoring from Adam (Stevens, crew chief) and Tony (Hirschman, spotter) and those guys kept talking to me and kept reminding me about saving and being able to do what I could. Trying to stay in the draft as much as I could on the straightaways. It ran out coming right in here to do a burnout, so I had enough to get a little bit of a burnout. I don’t know if it will make it back. I can’t say enough about Adam Stevens and everybody at Joe Gibbs Racing. I appreciate all your hard work. Everybody at Toyota and TRD. This Zombie SKITTLES machine looked bad to the bone and it’s really, really awesome. I had to do a zombie remake with my helmet. This is what everybody looked like around here for the last three days. Everybody just zombied around. I wasn’t planning on that, but it kind of worked with this weekend, but more so with the times. This is going for auction. People can buy their tickets to win the raffle -- $18 a piece at BundleofJoyFund.org or go to KyleBusch.com.”

How does it feel to get the win to keep your 16-year streak going?

“We finally got it. I was so nervous – I was nervous the whole last run. I’ve been in this position so many times. The last three laps though, that’s like winning the championship – that’s how nervous I was. I can’t believe it, but just so proud to be here. My team guys, awesome pit stops, they were phenomenal. I appreciate M&M’s, Interstate Batteries, Rowdy Energy Drink. We’re ready to fight next year, we’ll be back.”

This is your 57th win of your career, does this one mean a lot?

“Yes and no. They all mean a lot. There’s certain circumstances and certain specialties to all of them. This one means a lot just to keep the 16 going. We’re out of the Playoffs and have nothing to shoot for. Everyone thought we were duds. We don’t ever give up.”

What does this mean knowing you had nothing to lose and everything to gain with this win?

“Winning the race was precedent. I knew we had a good car early on in the race. We were really loose, but we made some adjustments before the rain and then obviously sitting around for three days. Being able to get back at it, I knew we were going to have a good piece. It was just a matter of getting through traffic. Some of those guys on the short runs were just putting me in really bad aero spots and I was able to make something happen once we all got single-filed out I could roll and show them what we really had.”

The next event on the NASCAR Cup Series schedule is the Xfinity 500 on Sunday, Nov. 1 at Martinsville (Va.) Speedway. It starts at 2 p.m. EST with live coverage provided by NBC and SiriusXM NASCAR Radio. 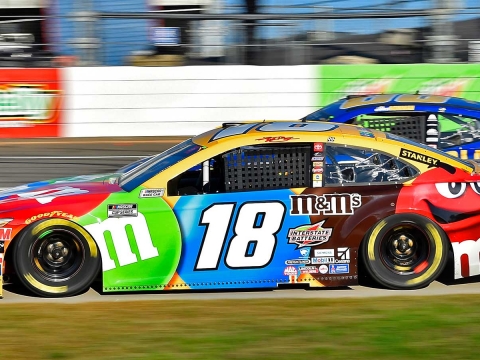 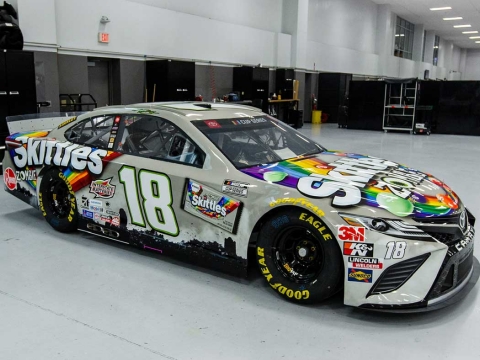