● Competition caution slowed the race on lap 10 with the M&M’S driver in seventh place. He reported that the biggest challenge was a wet race track. The team elected to stay on the track rather than pit.

● Busch picked up two positions on the restart to move to fifth place.

● Caution waved on lap 21. The No. 18 team elected to pit to switch to slick tires and add fuel. Varying pit strategies meant a number of teams elected to stay out. This placed Busch in 27th for the restart.

● The reigning NASCAR Cup champion quietly logged laps during the opening laps of Stage 2 but steadily picked up positions. He was back in the top-10 by lap 34.

● Busch was in sixth place when a single-car accident resulted in a caution on lap 45. He reported that he was having issues getting into the gas at the exit of corners but that the car was also handling on the tight-side. Busch stopped for four tires, a round of adjustments and fuel.

● Once again, a number of teams elected to stay out. This placed Busch in 14th for the restart on lap 48.

● Driver Clint Bowyer made contact with Busch during the restart. The contact damaged the left-side tires, forcing Busch to pit road. He was able to pit for new tires without sustaining further damage but lost a number of positions. Stage 2 concluded with Busch in 35th place.

● Busch came to pit road during the break so the team could make more extensive repairs. Because the team stopped while pit road was closed Busch had to line up last to start the Final Stage.

● Caution came out on lap 64 with Busch in 23rd place. He reported that the M&M’S Camry lacked forward bite. The team stopped for four ties, fuel and adjustments. Busch lined up 21st for the restart.

● Green-flag racing resumed but caution came out a couple laps later on lap 71 when Busch made contact with driver Austin Dillon. No damage was sustained by the No. 18 M&M’S Camry so Busch stayed on the track during the caution.

● Busch once again set to work when green-flag racing resumed. He was in sixth place by lap 75.

● A caution for debris waved on lap 85 with Busch scored in third place. Crew chief Adam Stevens asked Busch to save fuel. The majority of the field came to pit road for service. The No. 18 team elected to stay out and took over the top spot on lap 87.

● Green-flag racing resumed on lap 89. Busch lost the lead one lap later and dropped back to third.

● Caution slowed the race on lap 97 with Busch in fifth place. Once again “save fuel” was the directive to the driver of the M&M’S Camry. Green-flag racing resumed on lap 99.

● Busch reported that he was out of fuel on lap 106. He had enough to get to pit road where the team added fuel and changed four tires. He returned to the track in 31st place and picked up one position before the event concluded to finish 30th, and was eliminated from the playoffs.

“It was a set of unfortunate circumstances all year long and a lot of bad luck but the guys on this M&M’S team – they never gave up and they fought all year long – every race, every lap and every pit stop. It’s just one of them off years. It’s a terrible year for me but as other sports greats would say there’s probably a lot of drivers that would like to have the year we are having. It’s just frustrating to know how good we are, what we are capable of, being champions from last year and to come out here and not be able to succeed. I mean even being able to win – if we had won then we would be a lot better off. We still have a lot of work to get better so we will see what we can do these last few races.”

The next event on the NASCAR Cup Series schedule is the Hollywood Casino 400 on Sunday, Oct. 18 at Kansas Speedway in Kansas City. It is the seventh race of the 10-race playoffs and the first race in the Round of 8. It starts at 2:30 p.m. EDT with live coverage provided by NBC and SiriusXM NASCAR Radio. 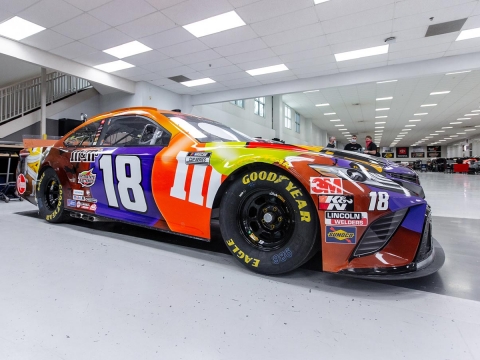 Looking for a 'Treat' at Kansas

Win and You're Win 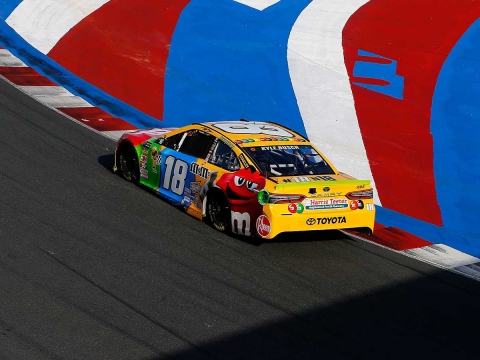