● The Skittles driver officially started ninth, but a pre-race technical inspection issue caused Busch to start at the rear of the field, as he took the green flag in the 37th position.

● Busch moved up into the top-25 by lap 18 and into the top-20 when the caution waved on lap 34. Busch came to pit road for four tires and fuel and restarted in the 24th spot.

● The Skittles driver went on a mission following the restart, flying through the field and he found himself in the top-15 by lap 70, top-10 by lap 83 and all the way to the second spot at the end of Stage 1.

● The defending Cup Series champion came to pit road on lap 130 to take on four tires, fuel, and adjustments, as the Skittles crew vaulted him into the lead coming off pit road to start Stage 2.

● Busch held the lead for the next 125 laps until the caution waved on lap 235. Two laps later Busch came to pit road to take on four tires, fuel, and an air pressure adjustment as he held the lead coming off pit road.

● The Skittles driver led the final six circuits of Stage 2 and he took home his second stage win of the season.

● Busch stayed out between stages and restarted the final stage as the leader.

● Skittles driver led the first 30 laps of the Final Stage, but relinquished the lead to Kevin Harvick on lap 281, as he settled into the runner-up spot for the next portion of the race.

● The caution waved the next time over 150 laps later, as Busch came to pit road on lap 412 for tires, fuel, and an air pressure adjustment, as he restarted and settled into the runner-up spot yet again.

● The Skittles driver made several attempts to get by Harvick as the laps wound down, but came up just a bit short of the win.

● Busch’s runner-up finish was his 14th top-five finish in 31 starts at Bristol.

Kyle Busch, driver of the No. 18 Skittles Toyota Camry for Joe Gibbs Racing:

Why was the 18 just not able to pass the 4 car in the closing laps?

“Just didn’t have enough at the end with our Skittles Camry. The guys did a great job and gave me a really great piece tonight to contend and at least be up there and be close. Unfortunately, just didn’t have enough. Lapped cars were definitely a problem. It’s part of racing. You have to try to get around them where you can and there was just no room for me to do what I needed to do with a couple of those opportunities to get past them.”

Were you concerned that you could get around Harvick?

“That was earlier in the race when he drove away by like six seconds. He (Kevin Harvick) obviously had the better car, the faster car than us tonight. Adam (Stevens, crew chief) made some good adjustments on that last run in order to keep us in the ballgame and keep us close, but I think the 20 (Erik Jones) kind of stayed consistent with us too, gap-wise. I don’t know, just came up short. What do you say?”

The next event on the NASCAR Cup Series schedule is the South Point 400 on Sunday, Sept. 27 at Las Vegas Motor Speedway. It is the fourth race of the 10-race playoffs and the first race in the Round of 12. It starts at 7 p.m. EDT with live coverage provided by NBCSN and SiriusXM NASCAR Radio. 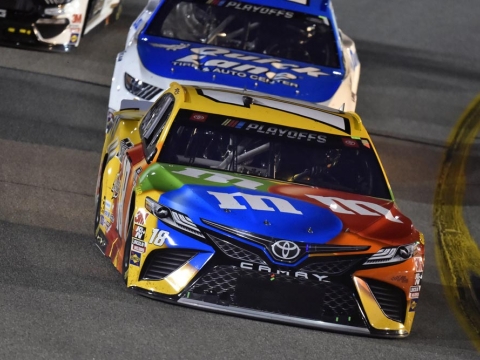 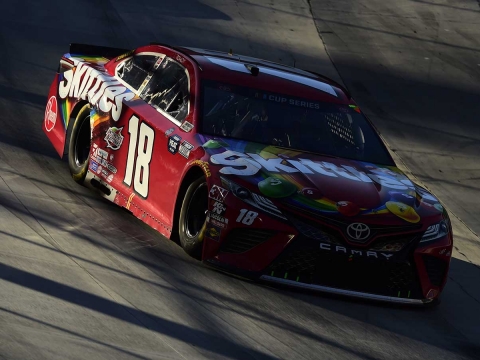