● The No. 18 M&M’S Fudge Brownie Toyota was handling on the loose side during the opening laps of Stage 1. By lap 35 Busch was in third place and noted that the car’s handling improved the longer the run continued.

● Busch was in third place when Stage 1 finished. The team changed four tires and added fuel. Quick pit work awarded Busch the lead for the start of Stage 2.

● Having won the race off pit road Busch led the field to the green flag to start Stage 2. He maintained the top spot until lap 48 when he was passed for the lead by Kevin Harvick.

● Busch noted that for the most part the car was handling well, just a little tight at the exits of the turns.

● The reigning NASCAR Cup Series champion lost one more position on lap 55 and spent the next several laps in third place.

● As Stage 2 drew to a close Busch reported that it felt like a tire was coming apart, noting that the car had also picked up a vibration. He maintained third place to the end of Stage 2 and was able to get to pit road for the team to assess the tire situation without issue.

● The Las Vegas native was shuffled back at the start of the final stage, and was in sixth on lap 92. He quickly reported that the M&M’S Fudge Brownie Toyota was too tight.

● Busch took evasive action on lap 96 to avoid an accident among cars battling for the lead. This placed him in fourth when green-flag racing resumed on lap 101.

● Caution waved on lap 104 and the team used the break to try to alleviate the tight condition. Busch gave up fourth to make a stop for an adjustment, two tires and fuel. Some teams did fuel only which placed Busch in eighth place for the restart.

● Busch wound up stuck in the inside line on the restart and lost a number of positions, dropping outside the top-10 to11th place. He was able to settle into a comfortable pace on lap 118 and started racing back toward the front of the field. Busch was in fifth by lap 135.

● After a late caution Busch lined up fourth for the final restart with 16 laps to go. He maintained fourth place to the end of the race to score another top-five finish.

● Busch led one time for a total of four laps.

● This marks his ninth top-five and 14th top-10 in 31 career starts at Michigan.

“Today was a pretty great day again for the M&M’s Fudge Brownie Camry. It was the best driving car I’ve had here at Michigan. We come to Michigan not normally looking for top-five days, but this has been a good two days. Hopefully we can keep some momentum rolling here and get ready to go next week and turn right and turn left on the road course at Daytona.”

The next event on the NASCAR Cup Series schedule is the Go Bowling 235 on Sunday, Aug. 16 on the road course at Daytona (Fla.) International Speedway. The race begins at 3 p.m. EDT with coverage on NBC and SiriusXM NASCAR Radio. 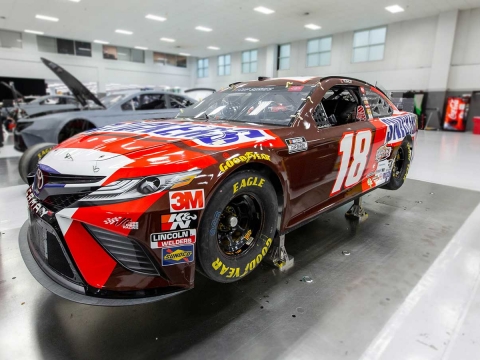 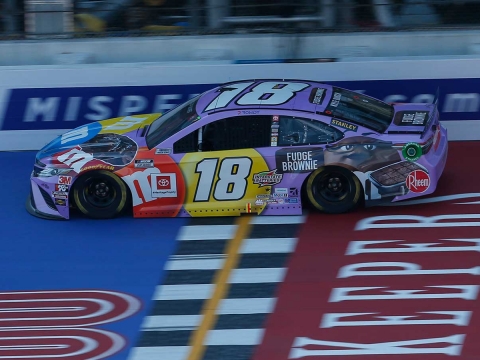