● The Interstate Batteries driver ran into trouble on the opening lap, when his car was hit and sent into the grass. Extensive damage was done to the nose and right side of the car. Busch made a few trips to pit road for the team to make repairs.

● Busch was in 39th when green-flag racing resumed.

● Caution came out on lap 11 with Busch in 21st place. The team used the break to make a trip to pit road for tires, fuel and more repairs. Extra time on pit road placed the Interstate Batteries Toyota in 36th for the restart on lap 13.

● The team used the stage break to make more repairs to the damage suffered during the opening lap of the race.

● Caution was displayed on lap 27. Busch reported that the car was “decent here” and that he felt good about the direction the team had taken. The team used the break as an opportunity to get tires and fuel while making minor adjustments.

● The two-time NASCAR champion was scored in 10th place when Stage 2 ended. The team made a trip to pit road for fuel and a minor air pressure adjustment.

● The Las Vegas native went to work when green-flag racing resumed, climbing back into the top-10 during the first lap of the final stage.

● Busch reported that the No. 18 Interstate Batteries Toyota was handling well everywhere but the backstretch chicane. While minor handling issues surfaced as the stage went on, Busch continued to pick up positions, moving to fourth place on lap 46.

● Green-flag pit stops started taking place on lap 50. The Interstate Batteries driver made a trip to pit road on lap 52. Because the team was out of new tires, they had to use five-lap scuffed tires. Green-flag stops cycled through two laps later with Busch back to fourth place.

● Caution was displayed on lap 55 for rain. Busch was scored in fourth place.

● The 18 team made a trip to pit road for tires and fuel. Some teams elected to stay out during the caution, placing Busch in 14th place for the restart. A few cars that stayed out had a hard time getting up to speed, resulting in a number of racecars running into each other. Busch made minor contact with one of the spinning cars. The damage was minimal, and he was able to stay on track. He lined up 15th for the restart.

● Following a caution on lap 60 Busch was scored in 11th place. Green-flag racing resumed on lap 62.

● While racing for position on lap 63, Busch made hard contact with the frontstretch wall. Both sides of the car were damaged and caused a tire rub. Busch made a trip to pit road for tires and repairs. He returned to the track one lap down in 36th place with less than five laps to go.

● Busch was tagged with a speeding penalty while making a second trip to pit road for repairs. The penalty was a pass-through on pit road, which he served on lap 68. He returned to the track after serving the penalty, scored in 36th place. He picked up one position before the checkered flag waved to finish the day in 35th place.

“That’s not how we wanted the day to go with this Interstate Batteries Camry. After the early trouble, we got the car to where it was handling well and thought we would make something out of the day. Those last restarts we just got bottled up back there and made a lot of contact. It just didn’t go our way today.”

The next event on the NASCAR Cup Series schedule is the Dixie Vodka 400 on Sunday, Feb. 28, at Homestead-Miami Speedway. The race begins at 3:30 p.m. EST with live coverage provided by FOX and SiriusXM NASCAR Radio. 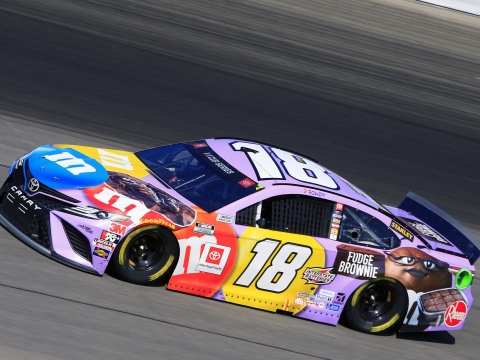 Success in the 'Baking' 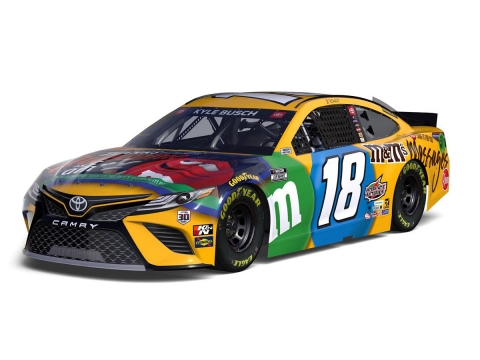