● The M&M’S Fudge Brownie driver started 24th but moved up to 15th by lap five, and he stayed there until the competition yellow waved on lap 25.

● Busch came down pit road on lap 27 with the No. 18 over-the-wall team making quick work to gain him two positions on pit road and restart 13th.

● The two-time Cup Series champion dropped to 15th by the time the next caution waved on lap 65, telling crew chief Ben Beshore he was still too loose.

● Busch came down pit road on lap 68 to take on four tires, fuel and both trackbar and wedge adjustments as he restarted in the 18th spot.

● The M&M’S Fudge Brownie driver came down pit road on lap 83 to take on tires, fuel and an air pressure adjustment, and the No. 18 team performed a strong stop to help Busch restart in the ninth spot.

● Busch continued to struggle with the handling of his No. 18 Toyota, as he and Beshore went back and forth to diagnose the ill-handling racecar.

● Despite pitting under caution with four laps to go in Stage 2, Beshore called Busch back down pit road for four tires during the stage break. With Busch running in 16th, there wasn’t much track position to lose in order to gain a few laps with fresher tires, which matter at Homestead.

● The M&M’S Fudge Brownie driver restarted the final stage in the 19th position.

● Busch came to pit road on lap 201, and the No. 18 team gained three spots off pit road to restart ninth. The M&M’S Fudge Brownie driver gained two quick spots on the restart to get back into the top-10.

● Busch radioed to tell Beshore the car just didn’t hold on during the long run, but he battled the last 60 laps of the race to bring home his first top-10 finish of the season.

“We struggled a bit tonight with our M&M’S Fudge Brownie Camry. We finally got the handling back in the right direction there closer to the end, but we just didn’t quite have the longevity we were looking for. We’ll take what we learned today and hopefully get better for Las Vegas next weekend.”

The next event on the NASCAR Cup Series schedule is the Pennzoil 400 on Sunday, March 7, at Las Vegas Motor Speedway. The race begins at 3:30 p.m. EST with live coverage provided by FOX and SiriusXM NASCAR Radio. 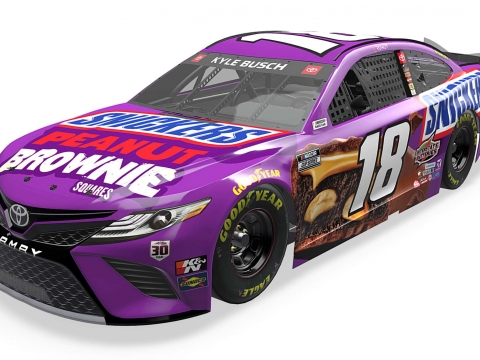 Made in Las Vegas 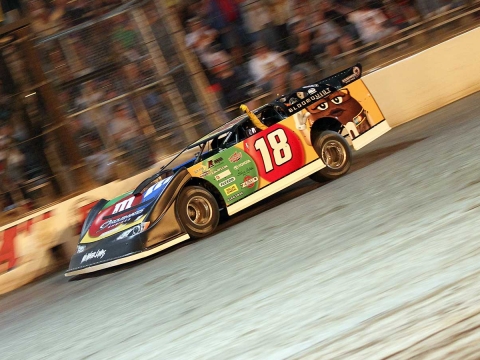