● The M&M’S Fudge Brownie driver led the first nine laps, before conceding the lead to Aric Almirola on lap 10, as Busch held onto second until the competition caution waved on lap 25.

● Busch came to pit road on lap 27 for four tires, fuel and adjustments, as he restarted third behind Almirola and Joey Logano on lap 30.

● The Las Vegas native reported to crew chief Adam Stevens that his tires were chattering and he had no grip anywhere, as he fell to 13th by the time Stage 1 ended.

● During the green flag run, Busch radioed to Stevens that he still lacked overall grip.

● Busch came to pit road from 12th-place on lap 152, taking on four tires, fuel and adjustments. Just after he pitted, the caution waved, as Busch was caught in 16th-place for the last few laps of Stage 2.

● With just one green flag lap before the end of the stage, Busch advanced two spots on the restart to finish 14th in Stage 2.

● Busch stayed out during the stage break, despite feeling like there might be an issue with the right rear of the car.

● Shortly after the restart, Busch got loose on lap 171, sliding sideways off of turn four and barely grazing the wall. While Busch did not spin, the slide cost him dearly, as he dropped to 24th by lap 180 and was in danger of going a lap down.

● With Busch being on the tail end of the lead lap, all he could do was stay out as long as possible on fuel and hope for a caution. One indeed did come on lap 229, as Busch was back on the lead lap in sixth in the middle of the green flag pit cycle.

● Busch came to pit road under yellow, as the M&M’S Fudge Brownie team changed four tires and took extensive time to diagnose the issue with the right rear. Since there were only 11 cars on the lead lap when the caution waved, Busch restarted 11th on lap 236.

● With multiple cautions late in the race, Busch came to pit road multiple times to fix damage to the right rear of the car, as he restarted 25th on the lap 254 restart and was able to move up four more spots to finish 21st.

“We had a frustrating day with our M&M’S Fudge Brownie Toyota. It just felt like something was wrong with the right rear the entire day and could never figure it out. After almost spinning we stayed out as long as we could and got lucky with the caution, but had some damage to fix to be able to be competitive and by that time we didn’t have the track position. We’ll move onto the All-Star Race.”

The next event on the NASCAR Cup Series schedule is the non-points NASCAR All-Star Race on Wednesday, July 15 at Bristol (Tenn.) Motor Speedway. The race starts at 8:30 p.m. EDT with live coverage provided by FS1 and SiriusXM NASCAR Radio beginning at 7 p.m. with the undercard NASCAR All-Star Open. 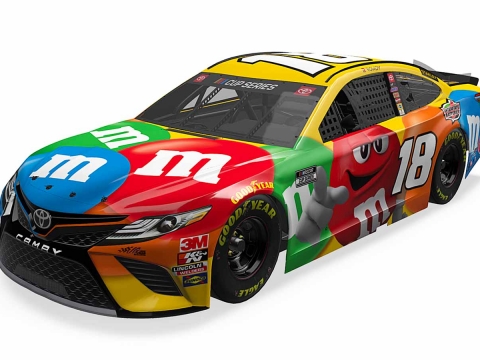 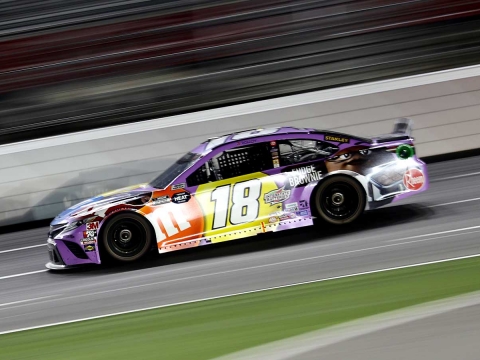