● Busch battled Hendrick Motorsports drivers Kyle Larson, William Byron and Chase Elliott for much of the stage, as he told crew chief Ben Beshore that he couldn’t keep front grip.

● Following the stage, Busch came to pit road. The No. 18 team did not take on tires, as all caution flag pit stops were timed stops, and they did not lose track position on pit road.

● The first 12 cars were inverted after the first stage, and Busch started seventh for Stage 2.

● Busch radioed to Beshore that the adjustment to the right-rear of the car made the rear of the car chatter too much, and he fell to 16th during the 15-lap stage.

● Again, Busch radioed to tell Beshore all four tires were chattering and the M&M’S Never Stop Summering Camry was handling poorly in traffic.

● The two-time Cup Series champion was stuck deep in the field and again told Beshore that his car was just too loose as the run went on.

● Busch came to pit road following the stage for a chassis adjustment but did not change tires, as there was only one set of fresh tires remaining.

● The longest stage of the race – 30 laps – got underway with teams required to make a green-flag pit stop at some point during the stage.

● Busch brought his M&M’s Never Stop Summering Camry to pit road on the seventh lap of the stage. But after quick work by the No. 18 over-the-wall crew, Busch was penalized for speeding on pit road, which necessitated a pass-through penalty under green.

● The Las Vegas native came back out in 20th place, one lap down, but caught a break when the caution waved with 10 laps to go in the stage. Busch was able to get the Lucky Dog and return to the lead lap.

● With horsepower cut more for this race to 510 horsepower, passing at the rear of the field was made even more difficult. The speeding penalty put Busch too far back to gain enough to have a chance at victory, and he brought home a top-10 finish.

“The race didn’t turn out the way that we had hoped. Our M&M’S Never Stop Summering Camry handled much better towards the front, but when you get in the back it was hard to pass. We’ll move onto Nashville next week.”

The NASCAR Cup Series returns to points-paying racing on Sunday, June 20, with the inaugural Ally 400 at Nashville (Tenn.) Superspeedway. The race gets underway at 3:30 p.m. EDT with live coverage provided by NBCSN and SiriusXM NASCAR Radio. 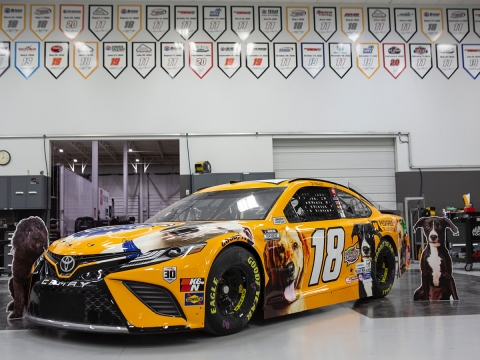 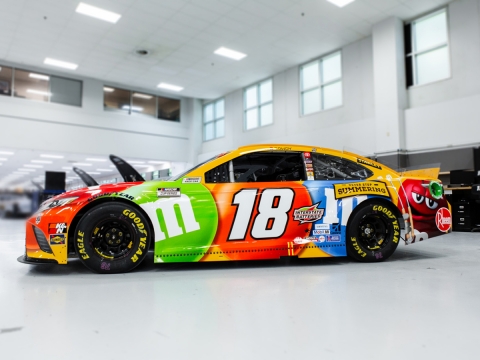