● Busch fell back to 16th by the time the competition caution yellow waved on lap 25.

● On the restart, Busch got stuck behind the racecar of Kevin Harvick, which had a tire rub, and the No. 18 dropped to 17th a few laps into the green-flag run.

● Busch radioed to crew chief Ben Beshore that his car was still very tight, so the Ethel M Chocolates team readied to make big changes on the pit stop following his 14th-place finish in Stage 1.

● The Las Vegas native came to pit road on lap 82, taking on four tires, fuel and a trackbar adjustment with hopes of fixing the extremely tight-handling condition of Busch’s Ethel M Chocolates Toyota.

● Busch radioed to Beshore that with the changes made on the previous stop the car was better but still too tight. The Ethel M Chocolates Camry came to pit road on lap 124 to take on four tires, fuel and more chassis adjustments made to address the tight condition even more.

● Busch moved up to ninth by the time Stage 2 ended. The Ethel M Chocolates Driver told Beshore that while he was still tight overall, the handling was improved overall.

● The Ethel M Chocolates driver came to pit road following the second stage to take on tires, fuel and an air pressure adjustment to keep loosening up his No. 18 Toyota. An excellent stop by his over-the-wall crew gained Busch three spots off pit road to restart the start of the final stage in sixth.

● Busch moved up to as high as fourth, but he dropped to 11th on the second restart of the stage. When the caution waved on lap 179, the Las Vegas native came to pit road on lap 181 to take on four fresh tires. He restarted 20th.

● Busch kept moving through the field and got the 40th Anniversary Ethel M Chocolates Toyota all the way up to third by lap 258.

● As the race went green for the final 83 laps, Busch brought home his first top-five of the 2021 season and a great run for the first-ever scheme with Ethel M Chocolates to help celebrate their 40th anniversary.

● This marks Busch’s eighth top-five finish in 20 career starts at his hometown of Las Vegas.

“We fought hard, obviously. We were a little behind the eight ball at the start of the green flag and just were super, super tight all day long. Ben (Beshore, crew chief) and the guys made awesome adjustments, and I was trying to give the best feedback I can to give them good information that they can base that off of and make the good adjustments. We improved each time. I don’t know where we missed it so far from the simulator, but that’s two weeks in a row where we’re not apples to apples. Just can’t say enough about Ethel M Chocolates, thank you guys. It’s a pleasure to have them on board here for the first time ever and to help them celebrate their 40th anniversary. I remember being there as a kid, a little bit anyways. Certainly, my grandmother is smiling from above, so it was really special to have Ethel M Chocolates on our Camry today, and thanks to Interstate Batteries and Rowdy Energy, as well. Ready to keep working on it and keep improving. We were just a little off on pace, overall pace, overall lap time from the fast guys.”

The next event on the NASCAR Cup Series schedule is the Instacart 500k on Sunday, March 14, at Phoenix Raceway. The race begins at 3:30 p.m. EDT with live coverage provided by FOX and SiriusXM NASCAR Radio. 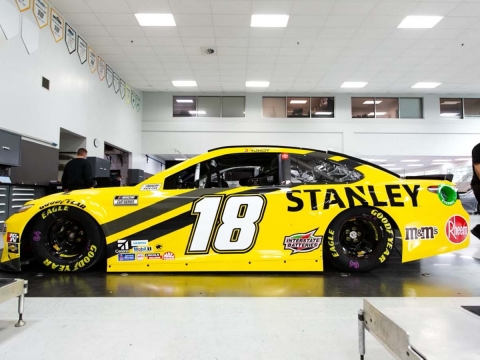 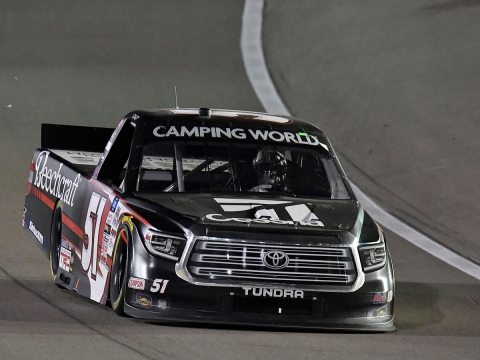