Race Recap for the Pocono Organics 325

● The M&M’S Minis driver started fourth, and moved up to second on the first lap. However, handling issues in turn three had Busch slip back to fourth by the time the competition yellow waved on Lap 12.

● Busch held onto fourth for the remaining 18 laps of the Stage to finish Stage 1 in the top-five.

● Busch came to pit road on lap 27 for tires, fuel and adjustments to get his M&M’S Minis Toyota freed up, especially in turn 3.

● With various pit strategies throughout the field, the defending Cup Series champion restarted 26th in Stage 2.

● The Las Vegas native made his way back into the top-five in third-place on lap 45, as he kept gaining spots up through the field.

● Busch had made it up to second by lap 65 when the caution waved. Stevens called the M&M’S Minis Toyota to pit road on lap 66 for tires and fuel, as he restarted in 11th on lap 69 and finished Stage 2 in eighth-place.

● Busch started the final stage in seventh, but was not able to gains any spots, as he dropped to ninth by lap 87.

● Stevens called Busch to pit road on lap 91, changing just left sides tires and adding fuel, as the M&M’S Minis team also made an adjustment to help with grip, especially in turn 2.

● When the pit stops cycled out, Busch found himself in sixth, as he passed JGR teammate Martin Truex Jr. in the closing laps to secure a fifth-place finish.

● Busch now has seven top-fives and eight top-10s in the 14 races contested thus far in the 2020 NASCAR season.

● This marks Busch’s ninth top-five and 16 top-10 finish in 31 career starts at Pocono.

“Our M&M’s Minis Toyota Camry was pretty decent. We had some speed and there were laps that I could run with the 11 (Denny Hamlin), but the 11 could just do it lap after lap after lap where I was pushing everything I had to keep up with him there. I just couldn’t do it. I would make the tires mad and would start to fall back. We were just a little tight all day. We really fought tight early on, but we made some really good adjustments and got it a lot closer and got it a lot better. Our strategy there worked out to get us in the top-five – that was about all we could ask for out of today. We got some really good ideas for tomorrow hopefully that will help us out and hopefully get us some speed so we can keep up with those front guys.”

The second event of the NASCAR Cup Series doubleheader at Pocono is the Pocono 350 on Sunday, June 28. The race starts at 4 p.m. EDT with live coverage provided by FS1 and SiriusXM NASCAR Radio. 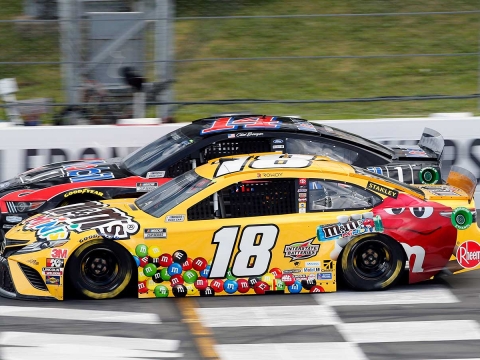 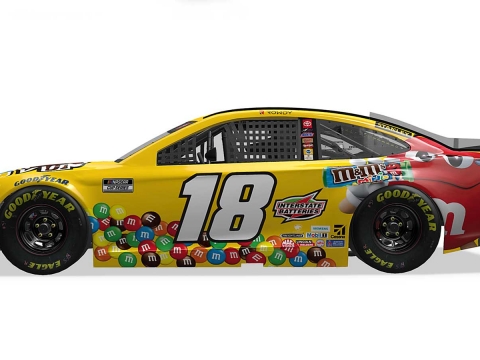