● Busch started 26th, as 21st-39th position started in the position they finished in from Sunday’s 400-mile race at Darlington.

● The M&M’S Fudge Brownie Toyota Camry moved up through the field the first 10 laps of the race, as Busch moved up to 17th. However, Busch reported a loose condition that dropped him to 25th by the time the competition yellow waved on lap 25.

● The 2019 Cup Series champion came to pit road for tires and significant adjustments to his M&M’S Fudge Brownie Toyota on lap 27.

● The adjustments didn’t change the handling the rest of the stage as Busch reported to Stevens that his Camry was loose and became worse the longer the run went along, as he ended the Stage 1 in 24th-place.

● Busch came down to pit following Stage 1, pitting on lap 63 for four tires and significant adjustments for his loose Toyota Camry.

● The M&M’S Fudge Brownie driver moved up to 20th by the time the next caution waved on lap 72. One lap later, the came pit road for tires and adjustments.

● Finally, Busch and the No. 18 team got a longer run, as he moved up to 18th by lap 83 and 14th when the caution waved on lap 107. He pitted one lap late to take on four tires and more adjustments, as the M&M’S Fudge Brownie over-the-wall team performed a strong stop, vaulting him into ninth-place for the lap 112 restart

● Busch dropped a few positions on the ensuing restart, and finished 13th in Stage 2.

● Busch came to pit road following the second stage on lap 128 for tires, fuel and adjustments, as the M&M’S Fudge Brownie team performed yet another strong stop, resulting in him restarting 10th

● Busch made quick work following the restart, navigating his way into the top-five for the first time on lap 140.

● The Las Vegas native held his position inside the top-five until he made a green flag stop on lap 175. But just a few laps later, the caution flew with only four cars on the lead lap. The good news for Busch was that he was the first car one lap down and go the free pass back onto the lead lap, as he restarted fifth on lap 185.

● Busch settled into fifth, but another caution waved on lap 195 and the M&M’S Fudge Brownie driver came to pit road on lap later for his last set of sticker tires and an air pressure adjustment.

● The 2019 Cup Series Champion restarted fourth and decided to jump back in line on the frontstretch one lap after the race went back green. However, Busch misjudged falling in line between Chase Elliott and Kevin Harvick and clipped Elliott’s right rear corner, sending him spinning.

● Under caution for the accident, the rain started falling and the race was called shortly thereafter, 20 laps prior to the scheduled distance and Busch finishing in the runner-up spot.

● Busch’s runner-up finish was his third top-five result of 2020.

● This is Busch’s fifth top-five and 11th top-10 finish at Darlington in 17 career starts.

How was the handling of your car today as opposed to Sunday’s first Darlington race?

“Today it seemed like the track was a bit looser.  I know we came with a little bit different setup because we were kind of off here on Sunday.  But we started the race really far off on the other side of the fence today.  We were tight on Sunday, really loose today.  We had to tighten up and get it back to somewhat of a middle ground I guess from the two races. Overall I felt like Adam and the guys did a great job on the car getting it closer, bringing it up to speed and getting to the front.  Seemed like our car picked up speed as well, too, with cleaner air.  The M&M's Fudge Brownie car was out for the first time.  It looked good on the racetrack. Wish it looked a little better there with 20 to go than the chaos we caused and also trying to race for a win.  We'll have to go after it again next week.”

What took place between yourself and Chase Elliott?

“I made a mistake and just misjudged the gap. When we were racing there with the 11 (Denny Hamlin) and the 9 (Chase Elliott) had a run on him. I knew he was there and I knew I needed to get in line as quick as I could and in doing so, I watched him and his momentum as he was going by me. I tried to look up in my mirror and see where (Kevin) Harvick was to get in and I just misjudged and made a mistake and clipped the 9 there and spun him into the wall. I hate it for him and his guys. I have too many friends over there on that team to do anything like that on purpose. I’ve raced Chase since he was a kid and never had any issues with him whatsoever. I'll definitely reach out to him and tell him I'm sorry, tell him I hate it that it happened.  All I can do.  That doesn't change the outcome of the night.”

Next Up: The next event on the NASCAR Cup Series schedule is the Coca-Cola 600 on Sunday, May 24 at Charlotte (N.C.) Motor Speedway. The race starts at 6 p.m. EDT with live coverage provided by FOX and SiriusXM NASCAR Radio. 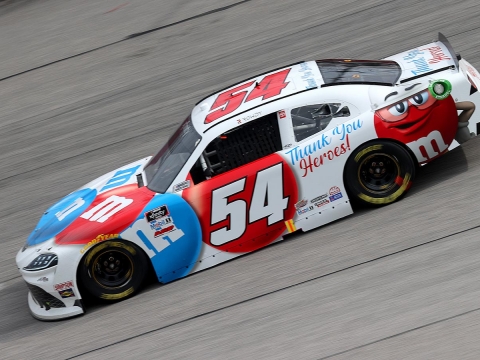 Race Recap for the Toyota 200 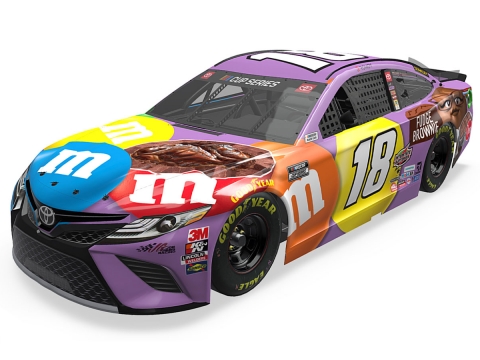